We are so thrilled to announce the addition of Lubbock Moms Blog to our sisterhood!

Lubbock Moms Blog will provide valuable resources and encouragement to moms in Lubbock and the South Plains Region.

Owner Chelsea Anders was born into an Air Force family at Andrews, AFB, Maryland, on October 7th, 1985. Chelsea’s family that includes her dad, Eddie McBride, her mom, Debbie McBride, and younger brother, Patrick McBride traveled the world until settling down in Lubbock, TX in 1996. She graduated from Frenship High School in 2003 and Texas A&M University in 2007. She is married to Jason Anders and has two children, Olivia and Jake.

Chelsea is a born again Lubbockite after spending 15 years away from home. She worked in IT at USAA in San Antonio until she became a stay-at-home mom. Following a 7 year stint in South Texas and a summer in Omaha, NB, Jason and Chelsea moved their family to Leesburg, VA (outside of Washington DC) . After the birth of their two children and a wonderful 4 years on the East Coast, they (finally ‘wised up’) moved back to Lubbock, TX to be near grandparents and a stronger support network for Olivia who has Cerebral Palsy.

Chelsea enjoys spending time with her family most of all, as long as everyone had a good night’s sleep and she’s had at least one cup of coffee. She’s a die hard Aggie (yes, even in Red Raider Country) and life long volunteer holding many leadership positions in the Junior Leagues of San Antonio, Northern Virginia, and Lubbock. She is active in the special needs community and is a sucker for Google researching as a resource and hobby. She’s an extroverted introvert and loves being a social homebody.

I started the Lubbock Moms Blog to create a community and resource that this part of Texas was missing. I have been an avid user of CMBN Sister Sites in other cities and states and understand the value of this resource and how it could impact Lubbock. I also feel like I have a story to tell and wanted to create platform to let others do the same.

Are you a Lubbock mom? Do you know moms in Lubbock? Follow, share and connect to stay up-to-date on the latest resources, events and information from Lubbock Moms Blog!

Find a Sister Site in your city and get connected!

Find out how to start a sister site
in your city! 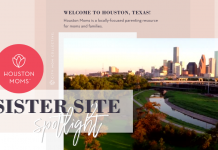 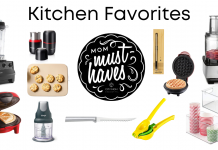