City Mom Collective
Facebook
Twitter
Pinterest
Email
We are proud to partner with our friends at Apricot Lane, the leading fashion boutique retail franchise. Not only does Apricot Lane provide the latest fashion trends for women at affordable prices, but with 23 years of franchise experience they are committed to supporting and helping each franchisee reach success! Today we share with you a family that has turned their passion of shopping and fashion into a family run business by opening their Apricot Lane store in Florida. Now the can share their passion with others!

If you were to ask Phyllis, husband Barry, or son Matthew if they could change their careers and do something different, the hands-down answer would be a very sincere, “No.”

How It All Began

In high school, Barry started out working in domestics at Macy’s where he met Phyllis, who worked in the cosmetics department.  They married in 1979, moved a few times along the way for Barry’s retail career growth in operations at Ann Taylor and Chicos, and eventually landed in Fort Myers, Florida.  During that time, Phyllis raised their two sons – Matthew, now 34 and Jeff, now 31.

While working as President of Perry Ellis retail, Barry stumbled across Apricot Lane at a trade show in Las Vegas where Ken Peterson, the CEO of Apricot Lane Franchise was a featured speaker.  He had always thought about owning his own business and thought of this opportunity, and the support that Apricot Lane Franchises offers, as a way to start a business with his wife and son.

Phyllis and Barry opened their first store in Coconut Creek, Florida in November of 2008.  Matthew joined his parents shortly after, first as a store manager, to learn the ins and outs of the business.  As of two years ago, Matthew is the buyer for all of their stores.

The Shapiros currently have their Coconut Creek store, added their DelRay Beach store to the family business in 2013, and will soon open a third location in Wellington, Florida.

Phyllis still keeps an eye on the Coconut Creek store while running back and forth to the DelRay Beach location, which is close to their residence.  When asked what the best thing about the Apricot Lane stores is, Phyllis replied, “The stores allow me the opportunity to work alongside my family.  It gives me those few extra days a week to be with my son, which I love!”
Working together as a family affords them the time to travel to the different trade shows across the United States, as well as talk shop.

The Shapiros emphasize their love of the fact that their stores are part of the community in which they reside.  They pride themselves on their warm and friendly team of associates who are part of their extended family.

Does owning YOUR own fashion boutique sound like the dream job? Learn more about Apricot Lane franchise opportunities today! 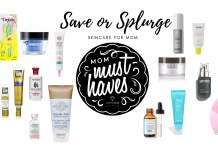 Mom Must Haves:: Save or Splurge Skincare 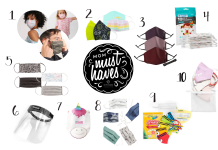 Mom Must Haves:: Face Coverings for the Family! 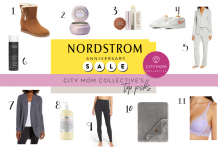 March 11, 2020
Join Stephanie and Michelle as they chat about road trip tips for families! Spring Break has arrived and many of us will be hitting the road for travel in the coming months.

ABOUT US
City Mom Collective is the nation’s largest collection of hyperlocal mom influencers. We provide a positive voice for motherhood by connecting moms to resources and parenting perspectives unique to their communities; by supporting women in the growth of their businesses; and by creating meaningful partnerships between brands and hyperlocal audiences. For more information contact [email protected]
FOLLOW US
City Mom Collective© - 2020