Disclosure :: City Moms Blog Network received product in exchange for this promotion, however all opinions shared are entirely our own. 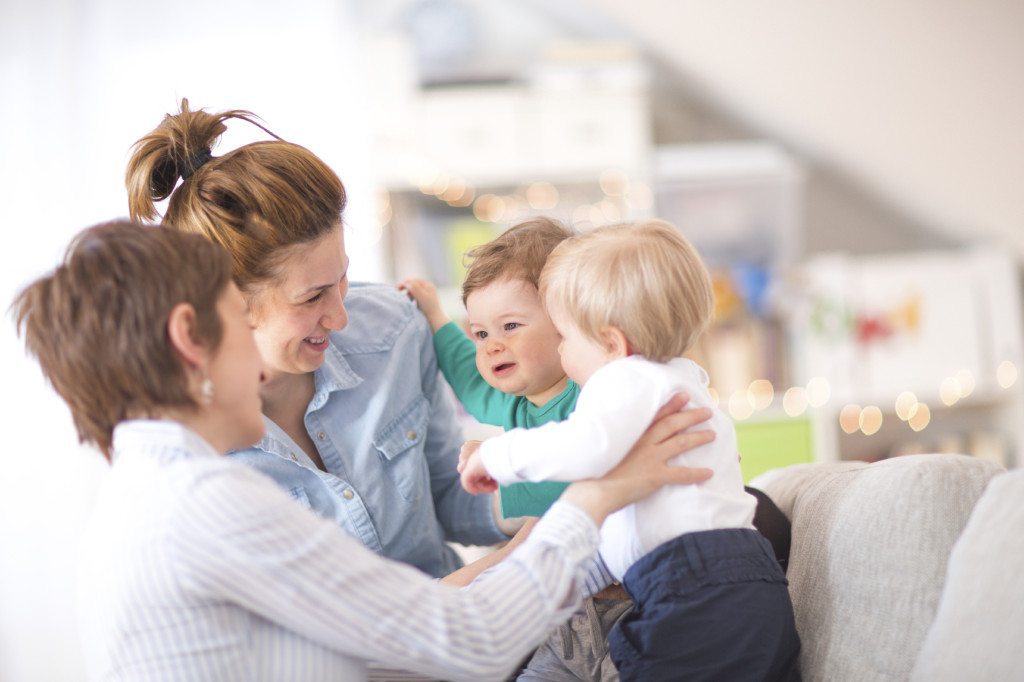 I remember my first friend-drama. I was about seven years old and my friend Melissa lived down the street. We spent almost every day at each other’s house, and our main playtime focus was Barbies. We maybe had sleep-overs and played with other toys, but I can’t remember…I only remember Barbie. And I remember this because it’s Barbie that took our friendship down. Actually, Barbie’s beach bag, to be exact. It was white canvas with a red handle. We both happened to have one. And then one day she decided to tell her mom that I had taken her Barbie canvas bag, and fought me tooth and nail, trying to get me in trouble. This was at her house, I couldn’t supply my own canvas bag, so I looked like the bad guy, and I was ganged up on by a seven-year-old and her mother. And I remember in my seven-year-old mind thinking, “You’ve got to be kidding me. People act like this??”

Girls are scary. No barriers, no sense of boundaries, you upset me or disagree with me, you pay for it. And my mom will back me up, always. No rationale. No grace. Don’t mess with my little girl.

Yes, girls are scary….but they grow up, right? They find their way into becoming young adults, teenagers, young women. And women who have matured and found their way shouldn’t be scary, right? Wrong. The only difference is a more vast vocabulary of zingers and a whole Internet of people to back them up.

So before this becomes another diatribe about the woes of mommy-wars and mean-mom bashing, I think what it comes down to is each of us looking at what kind of friends we are and how do we go into the world of “momlationships”. How do we avoid the pitfalls of mom-drama and missing out on potential long-lasting friendships, what I call my “heart-friends”. 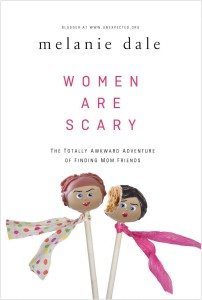 Just like Melanie Dale (my new celebrity crush, pretend BFF) explains in her new book, “Women Are Scary”, finding new momlationships (relationships we build with other moms) is pretty much the same as finding new dating relationships.

In the course of my single-dating life, I went through quite a few of the “You’ve got to be kidding me, people act like this?” situations. Sometimes I stayed around, either from wanting companionship or because they were a good kisser. But it always ended up going downhill and eventually ended when the stupidity or toxicity of it all just got to be too much. Almost every relationship I had was not with people who were innately just bad people. We just didn’t mix. I tried and tried (as is common in the early-20’s woman) to make it work, and ended up hurt or frustrated every time.

And then one day, it dawned on me: It shouldn’t be this hard.

People fall in love and mesh together all the time, so flawlessly, naturally. It does happen. It can happen. Well, it happened to me when I met my husband. It was the most flawless movement into a relationship, even through a year and a half of being long distance. I didn’t realize how easy it was until we were on the other side of it, married and moving forward with phase two of our life. And then it dawned on me as I was talking with a close friend about all the drama she was facing with her then current beau, and as I relayed my story to her about my journey with my husband, it occurred to me that it was just easy with him, and that made all the difference. The drama I’d experienced with other guys, the wondering if he’d call (or if it was ok for me to call), the awkward first date and over-analyzing what to order from the menu. It wasn’t there with him, and it was SO relaxed and enjoyable. I was secure in how he felt about me from day one (he apparently fell for me the first time we met and mentally started pursuing me), we became friends, we found similar interests, the chemistry carried us.

Then I became a mom to two kids, and entered a whole new dating scene. Melanie is so right about this….it is a matter of running the bases with women, trying to get to home base with each other, to becoming the “heart-friends” you read about in parenting magazines and books.

Once again, it shouldn’t be too hard. It really shouldn’t. We were created for relationship, for community with one another. It’s how we’re wired, even the most independent of us (me! hand raised!) It shouldn’t be hard, but we muck it up with all our little girl scary parts – the parts that don’t leave us. The judginess, the exclusivity, the accusations, the inner mean girl voice that blurts out from time to time. 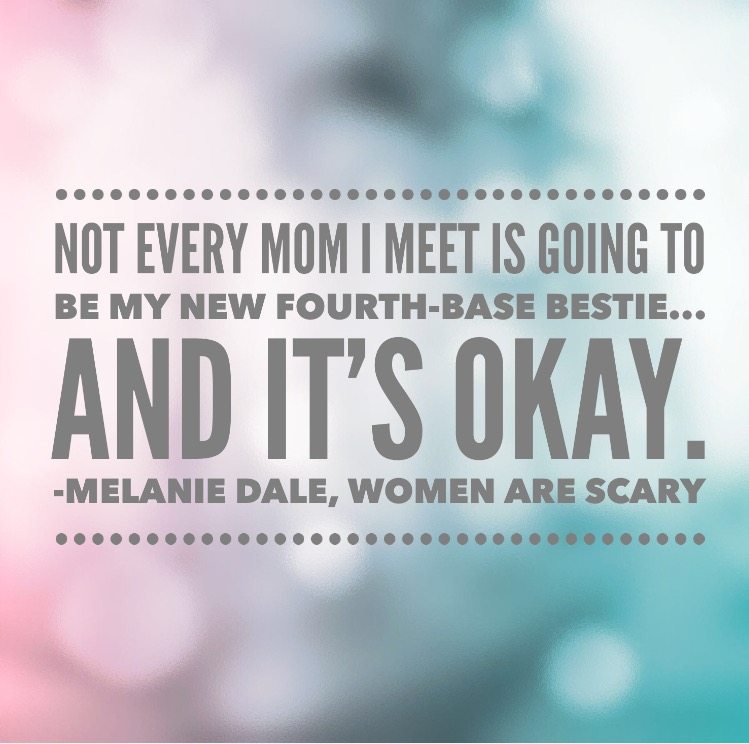 So knowing this about ourselves, and about other women, the run around the bases can take awhile. The best is when you find a girl and it’s an almost instant home run. I’ve had a couple of those. And we’re still loving on each other years later. There are some that take their time and need to be a little more pursued, coddled, figured out.

This was me with my MOPS group at my last church in Scottsdale. I was a new mom with a one-year old, a new stay-at-home mom, with maybe 3-4 other mom-friends whom I saw on an infrequent basis. Just like Melanie explains in her book, I walked into this MOPS meeting not exactly looking for friends, but just looking to be fed – mentally, physically, spiritually. And the childcare. Ah yes, always the childcare. I wanted a reason other than Sunday to put on non-yoga pants, and it was a way to just get out of the house and zone out. Relationships were secondary. While I was placed at a table with wonderful women who were a great support to me as I became pregnant and gave birth to my son that year, I didn’t get to home base with any of them. I got to second base with a couple, and we’ve pretty much stayed there the whole time.

I remained at this table for two years, and started to feel a stirring, a need for some third and fourth-base friends like I was seeing at other tables. I had a little more air under my wings, a little more confidence in the mom-thing, and slight feeling that I just maybe had something to offer someone else. The next year I was placed at another table, and it was magical. We had playdates where our kids actually loved to play with each other, we met for girls night sans kids, we texted each other and sent SOS messages when someone from the table needed help. Did we all go to fourth base together? No. Not every friendship will. I’ve found that I do best with a lot of second and third base friends – those friends I can be real with, do life with, have fun with – with or without kids.

Where I found some of my closest third and fourth based friends, though, was on the playground. After MOPS there were the moms that made the mad dash to get their kids home for lunch and naps. Then there were the moms (my group) who stayed behind for 30 minutes before getting back to the demands of the day. As the kids played with each other more and more, us moms started to move closer and closer to each other, until one day we were actually having a conversation. And it would happen after every MOPS meeting. Time on the playground became a chance for the kids to play and us moms to talk. Then one day someone suggested taking everyone to Chick-Fil-A. After that someone suggested having a play date. Then it was invitations to our kids’ birthday parties. Then invitations to each other’s birthday parties. And meeting each other’s husbands. Group dates. Group texts. Late night honest discussions about important things like marriage, kids, friends, family, work, politics, passions. Fourth base.

And it wasn’t hard. It was downright easy.

What about you? Is it easy to make friends? Do you know what you’re looking for in another mom? For me it’s sense of humor, authenticity, and grace. What is it for you? Similar interests? A shared passion? Great at talking on the phone? So much of these momlationships is knowing who you are, being CONFIDENT in who are, and knowing that you’re not going to win them all. And the only difference between your dating relationships and your mom relationships is in quantity. In dating, you’re looking for and are limited to finding “the one”, but with moms, you can play as many different fields as you want and go home with all of them. Score!

Sign Up to Win a FREE copy of Women are Scary>>

Join us this Wednesday night at 8:30pm CDT as we get to have a live Twitter party discussion with my new bestie-even-though-we’ve-never-met, Melanie, and hear even more about her hilarious, honest look at momlationships. My husband told me he’s never heard me laugh so much at a book. It’s that good, ladies! 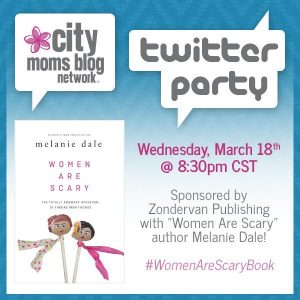 During the hour long Twitter Party we will be giving away 6 signed copies of Women Are Scary and Melanie will be discussing her new book and providing tips on “momlationships” and “mom dating”.

Join in our discussion of the awkward yet rewarding journey of finding the right mom community!

RSVP to the Twitter Party HERE and follow #WomenAreScaryBook and @CityMomsBlog on March 18th to join in on the fun! 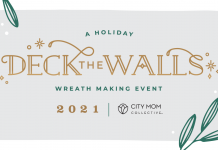 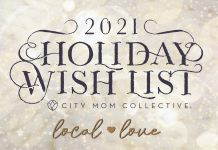 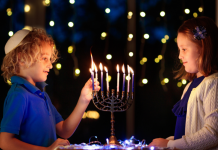 November 17, 2021
In this episode, Steph is back with guest co-host Daniella for another holiday conversation. This time we're chatting about holiday intention, gratitude, and mindfulness.