In a Facebook group, a new friend, in a burst of desperation and bravery, asked:

How do you do it all? I am at my breaking point. I have final exams. My husband works a lot. My baby is not sleeping. I can’t do this. HELP!”

She, thankfully, was met with numerous mamas doling out wisdom, encouragement, and reminders of “take care of yourself.”

I read those intently, because I completely related with her pleas.

My husband’s workload grew significantly, with only four days off per month. My business grew by leaps and bounds, requiring more time and effort from me. Our eldest started kindergarten; our youngest started preschool for the first time. With all of these changes, the busyness and to-do lists exponentially multiplied.

Oh, and add in laundry (can’t go naked), grocery shopping (must have food), cleaning, making sure our yard wasn’t “too awful,” and all the other daily chores. Church commitments. Board meetings. Homework. Doctors’ appointments.

All of this, and I haven’t even mentioned nurturing relationships! When did I actually see my husband, let alone touch him? When was I building my bond with my daughters – playing, laughing, coloring? When in the world did I have time for friends?

I said the famous words: Something has got to give.

We had zero wiggle room. This is not what I always hoped and dreamed for my family!

As my grandmother would say, we had a “come to Jesus” meeting.

My husband and I were in a rut of bemoaning our treading-water state, but never doing anything about it. I thought and proclaimed, “Something’s gotta give,” but I never identified what those somethings were.  Until now:

There are a million and one articles and books on the benefits, nay necessity, of women, moms in particular, “taking care of yourself.” We hear these words of warning too from friends and family, especially those who have walked the road before us.

Do you know why this “take care of yourself” is so cliché, so overused, if you will? Because it is so hard to do! We have to hear it over and over and in many ways.

When I hear these reminders, I admit I say something like, “that’s cute, but not really practical.” (Have you seen my laundry room? There are things to do around here.) I like the grand idea of it, but didn’t, in times past, have the physical, mental, or emotional effort to figure it out.

So, when our family reached the stretched-too-thin point, I decided it was time for change.

My husband and I “handled” our family’s maxed out routines. The rub came when either of us needed more from the other: His work lasted longer than expected. I needed him home at a certain time because of work commitments. One of the babes became sick; who takes her to the doctor? That sort of thing. We had zero wiggle room. This is not what I always hoped and dreamed for my family!

As my grandmother would say, we had a “come to Jesus” meeting. What were the areas where something was going to give? At first, we discussed our obligations . . . and quickly started giving reasons and excuses why such and such “couldn’t give.” Everything seemed important and good and valuable, but the more we prodded and poked, we decided on and named our core essentials. We identified the variables and made the hard choice, in some cases, to forego those responsibilities or find ways to “farm them out.”

Here’s the not fun part you wish I didn’t say: We fight to maintain and to protect these decisions. It involves effort and, at times, hard decisions to say no or let some things slide (which is really hard for this perfectionist ). It means I am intentional the majority of the time. I have to think. I have to plan. Yet, as drab as all that sounds, the work is WORTH it. The improvements in my family are enormous.

If you say to yourself, or even admit out loud, “something has got to give,” then, please listen. Your own heart is telling you truth: Something DOES have to give. You can make changes, even in small ways, to ease the load. Ask: What are the core essentials to the survival and health of my family? What are the extras that are valuable but not necessary? How much bandwidth do we have for those extras? Which ones can be forfeited? What commitments do not support my goals for our family?

Don’t give up! Turn “something has to give” into “something did give!”

How are things at your house these days? Does something need to give? Use the New Year as an excuse to make that happen!

Emily Y became a mom in 2011 when she and her husband welcomed home sweet Anna Zane and then added Louisa to the family in November 2014. Since then, life is full and fun! In addition to wife and mom and business owner, Emily works on freelance projects as a writer/editor, wielding her red pen for grammatical justice everywhere. In 2014, she co-authored and released Legendary Locals of Fort Worth. She has also written a Bible study, Grace in the Empty Spaces. She also enjoys gardening, yard sales, and drinking caffeine during the wee ones’ nap times. Follow Another Youree Day where she documents the joys and jests of life as a working mama.

Emily is the owner of Fort Worth Moms Blog, one of our Sister Sites. 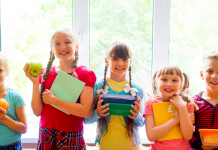 Ultimate Back to School Guide: Activities 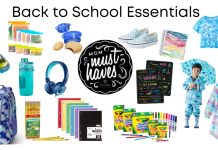 Back to School Essentials 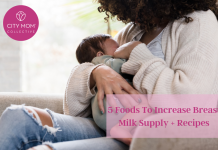 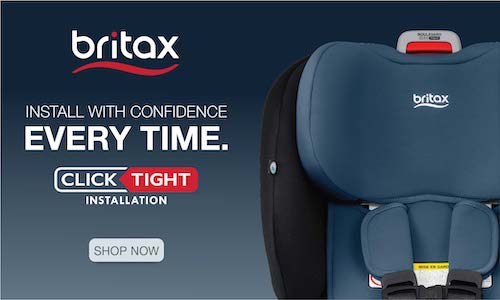